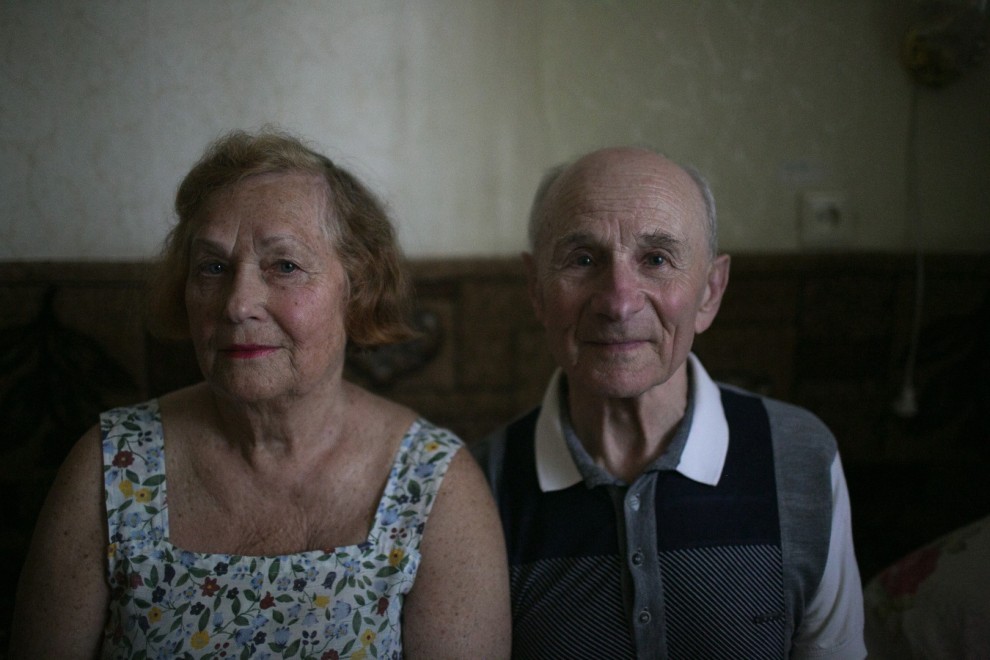 When fighting broke out in Donetsk, Ukraine between the government and separatist forces last year, Raisa Libenson believed she and her family would be safe at home.

It wasn’t until a mortar shell tore through the walls and furniture of her apartment, leaving the 78-year-old temporarily deaf, that she realized she had to leave.

“Shell fragments were all over my bed,” she recalled with terror. “There was smoke in the apartment. I rushed into the room and it felt like something hot flew over me. I froze with fear. I [didn’t know] how I would survive.”

Since then, Libenson and her husband of 56 years have been staying in a JDC-run center for internally displaced people in Pavlograd, a city a few dozen miles from the frontline. There, they receive food, medicine and whatever else they need to feel safe and secure amid the ongoing conflict.