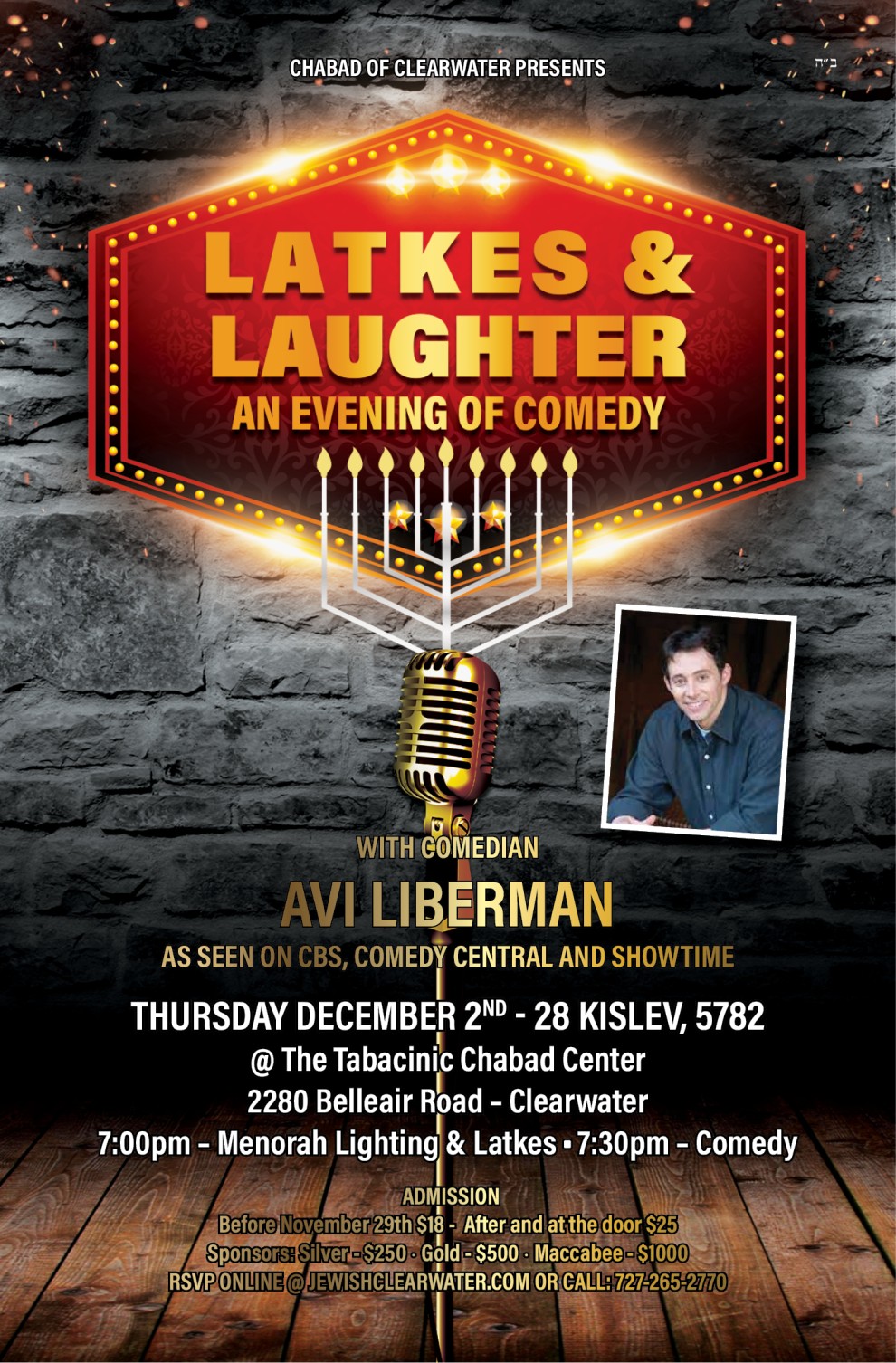 Please join us for "Latkes & Laughter" an evening of comedy with famed comedian Avi Liberman.

Avi has performed stand-up comedy on CBS's "Late Late Show" with Craig Ferguson on Comedy Central's "Premium Blend" and "Make Me Laugh" as well as NBC's "Friday Night!" His acting credits include "Dave's World" CBS, "Boston Common" NBC and "Andytown U.S.A." Comedy Central. Avi can be seen regularly on E! as one of their frequent guests on their very popular countdown series. He has also guest starred on "Movies At Our House," as well as having shot a pilot titled "Through the Keyhole" both on AMC. He has also been heard on radio stations across the country.

Billy Riback, Executive Producer of Home Improvement had this to say about Liberman, "Clean, smart, and most importantly, funny." 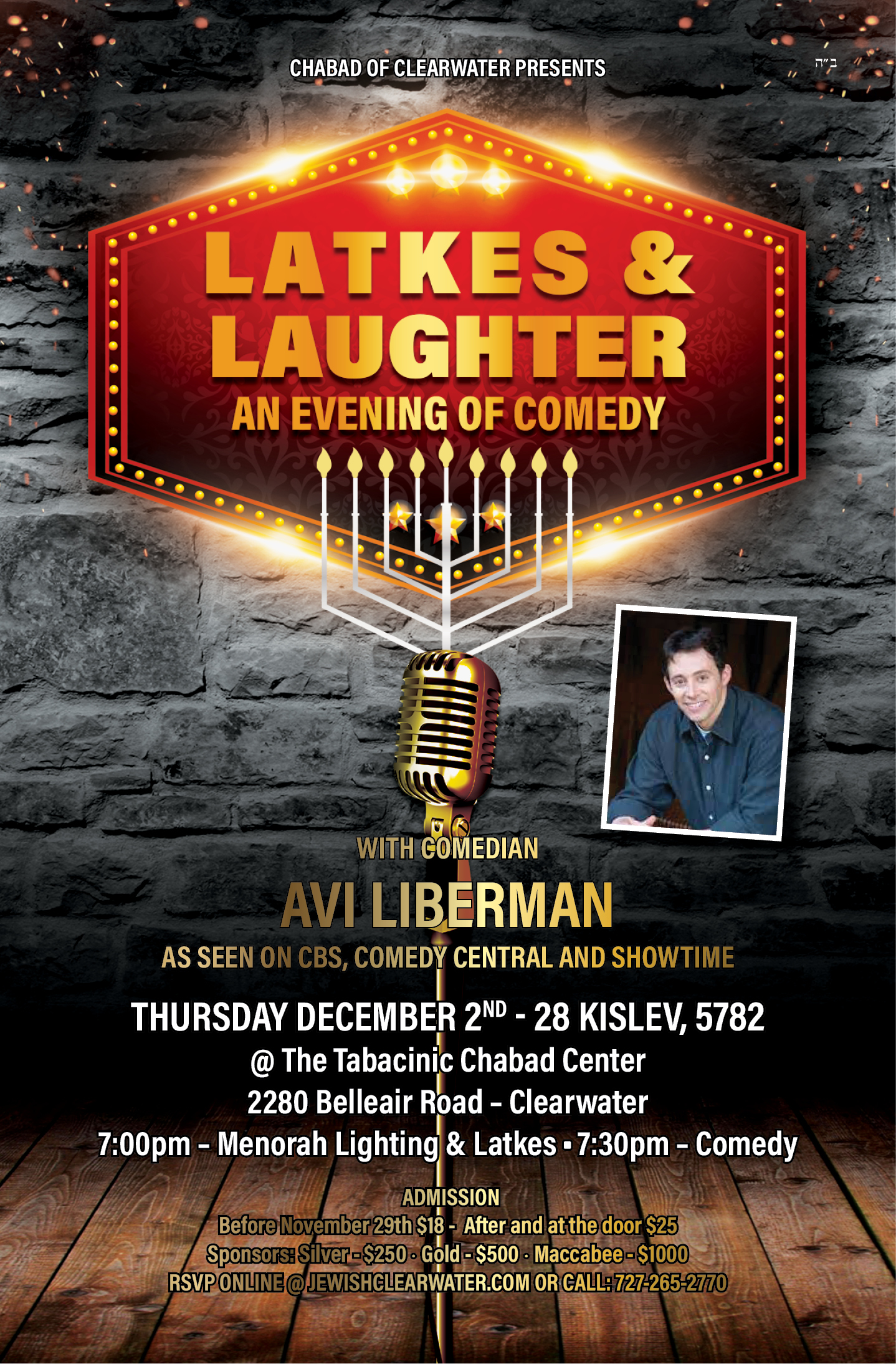