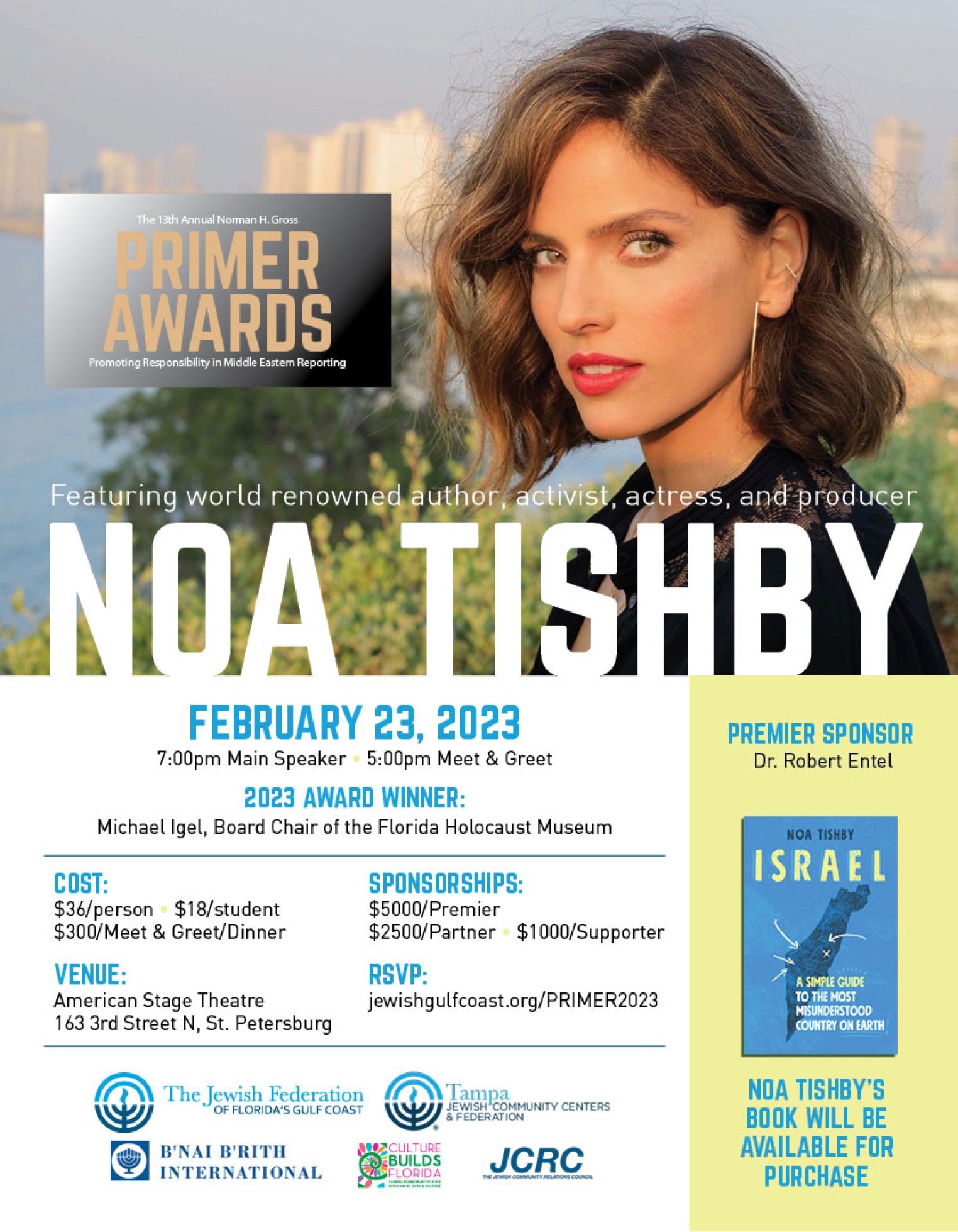 Tickets Are Sold Out!

Please call Maxine Kaufman at 727-333-3106 to be put on a wait list should some seats become available. 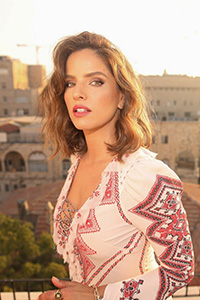 Born and raised in Tel Aviv, Israel, actress, producer, writer and activist Noa Tishby got her start in the Israeli entertainment industry as a teen in the original musical David. She received a drama scholarship from the Tel Aviv Museum of Art and went on to appear in Israel’s leading TV shows, films, theater and ad campaigns, becoming a household name in her homeland. She recently appeared in the Showtime drama The Affair, and completed shooting the third season of her talk show Life By Noa Tishby.

As a producer, Tishby made history with the sale of In Treatment to HBO: the first Israeli television show to become an American series. She co-produced the 14 Emmy and Golden Globe-nominated, and Peabody Award-winning In Treatment alongside Mark Wahlberg and Stephen Levinson. With that first sale, Tishby created a market that did not exist before: the sale of Israeli TV formats in the U.S. Following In Treatment, Tishby formed and headed a Joint Venture between ITV Studios US and Israel’s major network, “Reshet”, to develop, create and produce TV content made in Israel for the international market. The company was the first to bring a U.S. production to film in Israel with a game show for CBS. Tishby sold numerous TV projects to major TV networks in the US among them HBO, Showtime, ABC, CBS, Comedy Central and MTV. Her U.S. acting credits includes The Island, The Ghost of Girlfriends Past, Star Trek, Big Love, CSI, Dig and The Affair.

In 2011 Tishby founded the first Israel-focused online advocacy and rapid response organization, Act For Israel, and became a powerful voice for Israel and the Middle East. In 2014 she initiated a partnership between The Schusterman Foundation and Summit Series and co-created Reality Israel, a series of leadership trips to Israel for Jews and non-Jews alike. To date, Reality has brought to Israel thousands of professionals in tech, music, food, sports and the arts and sciences. She was recognized as one of the 50 Most Powerful Jews in the World and was on Hollywood Reporter’s Women in Power list of international executives.

Tishby is a keynote speaker and panelist at events around the world and has appeared in such venues as the United Nations General Assembly, where she has discussed everything from BDS to Israeli innovation. She is a contributor to publications such as The Huffington Post, Jerusalem Post, The Jewish Journal, Tablet and Ynet, where she writes about policy, culture and international relations.

After years of speaking and writing about Israel, both publicly and privately, Tishby has deciphered how to explain the complexities of Israel in a clear and relatable way. Her first book Israel: a Simple Guide to the Most Misunderstood Country on Earth, was published in 2021 by Free Press, an imprint of Simon & Schuster. It has been heralded as a “must-read” and earned praise from thought-leaders across the political spectrum, including Bill Maher, Aaron Sorkin, Yossi Klein Halevi, Maajid Nawaz, Democratic Congressman Ritchie Torres, Rabbi David Wolpe and Ben Shapiro. It has topped the Amazon bestseller lists in Israel & Palestine History, Jewish Biographies, and Historical Middle East Biographies, among other categories.

Tishby served in the Israeli army for two and a half years and can, when needed and if pushed to do it, kick some serious ass. She divides her time between Los Angeles and Tel Aviv, and is a proud Jewish momma to her son, Ari.