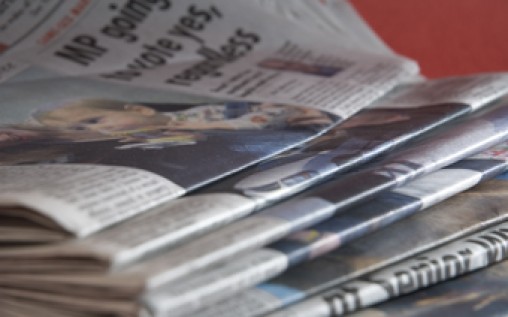 PRIMER is dedicated to countering media bias and misinformation on a regional basis. Media bias and misinformation frequently characterize what is reported about the state of Israel in the American press and around the world. This practice, when left unchallenged, negatively molds public opinion, which steers public policy, and can adversely affect Israel's well-being and continued existence.

“A huge lie repeated often enough is accepted as truth.” 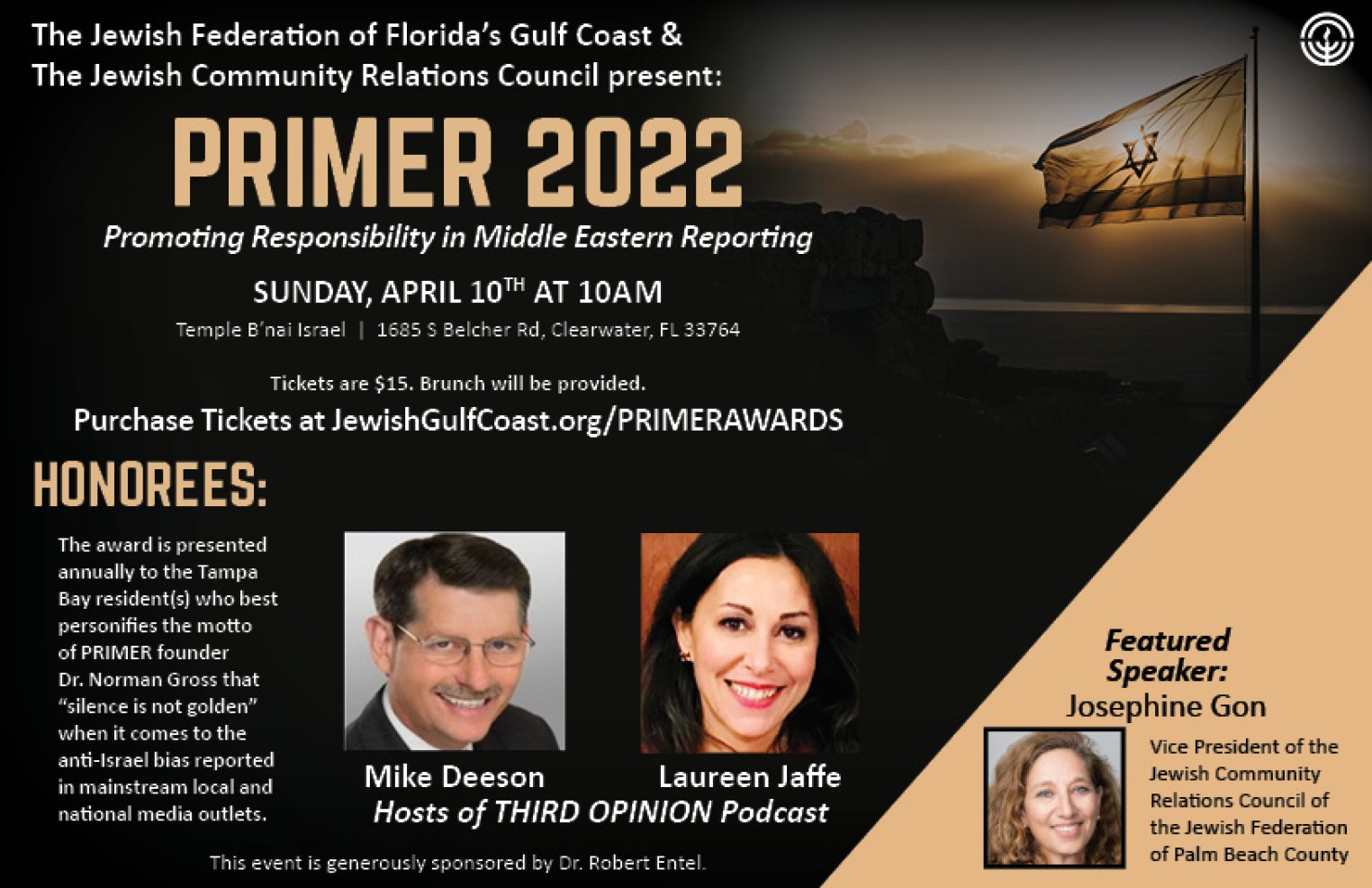 Purchase your tickets to the 2022 PRIMER Awards Brunch on Sunday, April 10th at 10AM 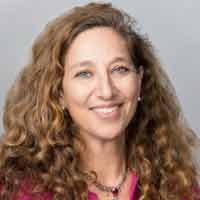 Josephine, or “Jo” as she likes to be called, is the Vice President of the Jewish Community Relations Council of the Jewish Federation of Palm Beach County.  Prior to this position she was the Director of Israel and Overseas at the Federation. Jo moved to Florida 6 years ago from Springfield, Illinois where she served as Executive Director of the Jewish Federation.  She has worked in the Federation system for 17 years, after an extensive career in labor relations. Jo was born and raised in Johannesburg, South Africa, but has lived in the United States for 30 years. Jo is a graduate of the University of the Witwatersrand in Johannesburg with a degree in Industrial Psychology and Industrial Sociology and has  a graduate degree in Human Resource Management from the university’s Business School. She is a graduate of the 2021 Leadership Palm Beach County Engage Program. She serves on the WPTV Community Diversity Advisory Panel and is currently the co-vice chair of the Palm Beach County Community Remembrance Project and co-chair of its Community Engagement and Education Committee. 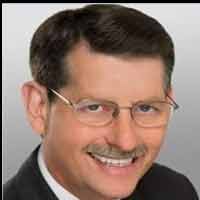 Mike Deeson is a 12-time Emmy Winning Investigative Reporter -- the only broadcast journalist in the state of Florida to be honored by the Society of Professional Journalists as the Florida Journalist of the Year. In all, he has been nominated for more than 40 Emmy Awards. Mike was also honored with the Lifetime Achievement Silver Circle Award from the National Academy of Arts and Science (NATAS) and is a six-time winner of the Green Eyeshade Awards (the longest-running journalism competition in the southeast sponsored by the Atlanta Chapter of SPJ).  He is also a two-time winner of the Edward R Murrow Award and winner of more than 50 Associated Press and United Press International Awards including Top Broadcast Journalist of the year at least once in each of four decades. Mike was also chosen as the Outstanding Broadcast Reporter in the Southeast. In 2015 Influence Magazine named him one of the 100 most influential people affecting Florida Politics. A graduate of the University of Missouri School of Journalism, Mike has been a working Journalist since the 60s spending 35 years at WTSP TV, the CBS Affiliate in Tampa Bay. 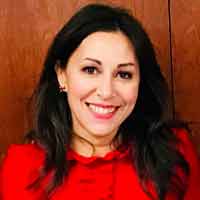 Laureen Jaffe is a proud Zionist, driven by her love for the Torah’s principles of justice, mercy and tzedakah. That's probably why, from the age of 5, she knew she wanted to be a lawyer. A passion for justice and mercy drove her and for twenty years she practiced law. Now she pursues tzedakah with the same determination and passion.  No stranger to tough battles, she uses her skills acquired in fighting corporate cases to speak out against anti-Semitism and to be a powerful voice for Israel.In the community, she has been an active volunteer for the Tampa JCCs and Federation serving on the board and as a former annual campaign chair. She has also held many roles with the American Israel Public Affairs Committee (AIPAC), including serving as its regional chair. Married to her husband, Scott, in Jerusalem, the couple is committed to Israel’s future, Israel’s peace, and peace for all humanity, in the Middle East and around the world.

Bias can sometimes be hard to spot if you aren't looking for it. Here are a few things to look for to help you point out biased reporting.

Letter to the Editor Guidelines

If you've never written a letter to the editor, or if you're looking for some advice on how to write an even better letter, check out these guidelines on what to include.

Check out our list of links to get more information about social action in the Jewish community.