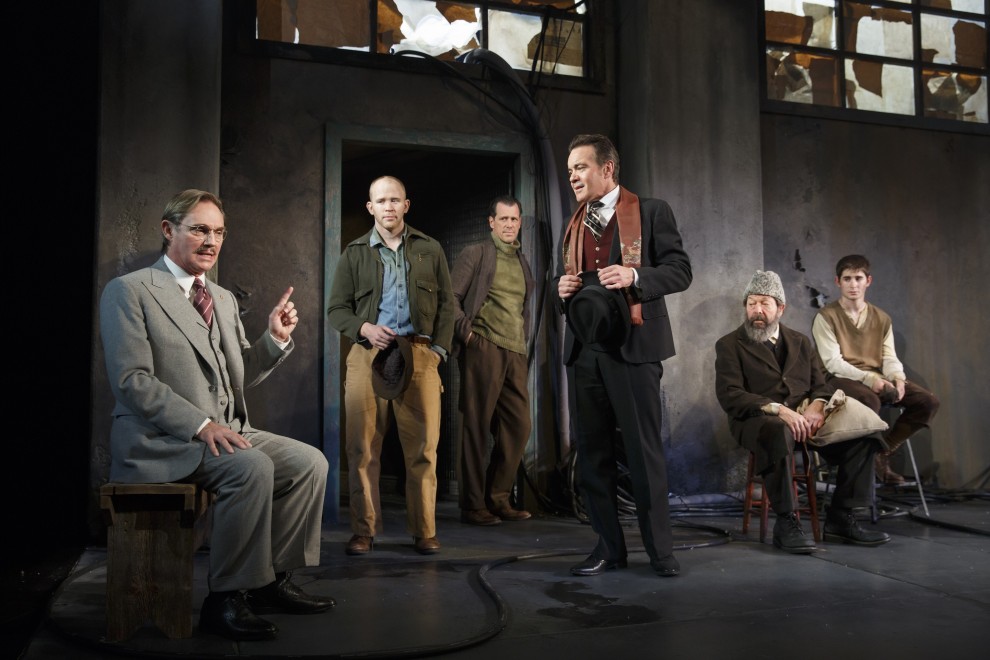 Film Synopsis: At the height of World War II In Vichy, France – an area that was supposedly a “free zone” – nine men and a boy are rounded up under suspicious circumstances. As ominous reports of far-off camps and cattle cars packed with prisoners begin to circulate, the men battle over politics, philosophy and how to escape.

The New York Times has written three glowing reviews for three different installments of the play. The original staged production in 1964 was acclaimed as “a moving play, a searching play, one of the most important plays of our time,” by Howard Taubman.

The film screening of the 2015 Signature Theatre Off-Broadway performance is FREE and open to the public, with donations gratefully accepted, and will take place on Monday, May 2 at The Tampa Theatre. The theatre opens to the public at 7:00 p.m. with the screening starting at 7:30 p.m. Sponsorship opportunities are available, please call (727) 820-0100 x274.

The Bank of Tampa