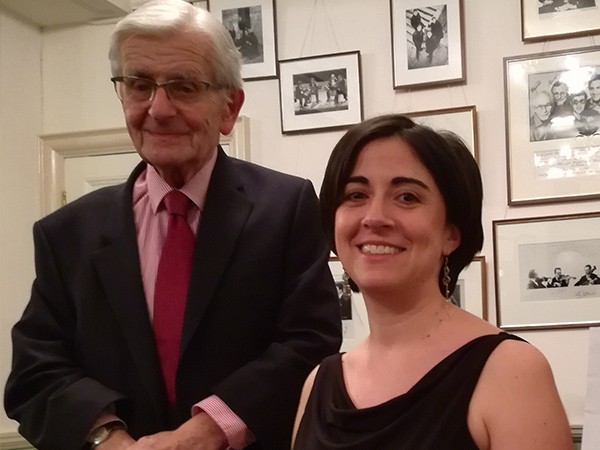 Clive Marks was distraught. A lecturer on music in the Third Reich and patron of the arts in England, he found he couldn’t write about music of the era without knowing more about the history of that time. Some told him it was all history and he should let it go, but he couldn’t, not while he saw new generations learning of the horrors of the Holocaust, but unable to grasp the full tragedy of the period, comparing it to more recent events. What was he to do?

Around that time, Federation partner World ORT took him on a tour of some of their cutting-edge Jewish schools around the globe. He returned assured he had found the perfect partner in Holocaust education.

Teaming up with the historian and granddaughter of survivors Dr. Shirli Gilbert, they began work on World ORT’s Music and the Holocaust website, now the world’s largest archive of such materials, including information on hundreds of composers, places, and themes, plus hours of sound clips.

Its impact has been incredible—great interest has prompted the hiring of 20 interns to further explore the subject and unearth more treasures.

“It’s important to have the pictures and the articles,” Clive says. “You can’t describe the starvation or the freezing cold or how it feels to know you’ll never see your loved ones again…. But when you hear the music, you begin to realize the savagery of what happened to our people. World ORT explains that the Holocaust is deeper and more far-reaching than anyone could imagine.”