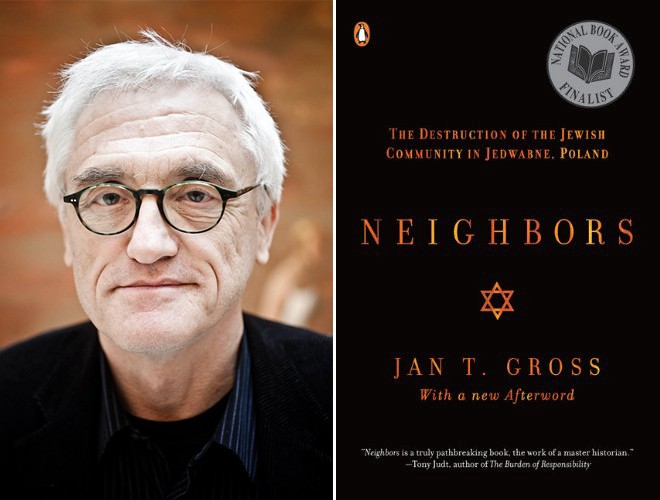 The Florida Holocaust Museum presents a lecture by author and historian Jan T. Gross titled, "They Were Neighbors" in conjunction with the showing of the film Aftermath. This program, co-sponsored by the Tampa Bay Jewish Film Festival, is at 6:30 p.m. on Wednesday, January 11, 2017 at the Bryan Glazer Family JCC in Tampa, FL and the cost to attend is $5.00.

Aftermath is a 2012 Polish film inspired by Mr. Gross' historical book Neighbors: The Destruction of the Jewish Community in Jedwabne, Poland. The film Aftermath is about a Polish man who returns home after the death of his father and unearths a secret about the now-deceased Jewish residents of his village.

Neighbors tells the story of one summer day in 1941. In Nazi-occupied Poland, half of the population of the town Jedwabne murdered the other half-some 1,600 men, women, and children. Only seven of the town's Jews survived.

In this shocking and compelling study, Mr. Gross pieces together eyewitness accounts as well as physical evidence into a comprehensive reconstruction of the horrific July day remembered well by locals but hidden to history. Revealing wider truths about Jewish-Polish relations, the Holocaust, and human responses to occupation and totalitarianism, Gross' investigation sheds light on how Jedwabne's Jews came to be murdered-not by faceless Nazis, but by people who knew them well.

To register, please visit: https://www.jewishtampa.com/jewish-federation-events/jangross or you may pay at the door. Bryan Glazer Family JCC is located at 522 N Howard Avenue, Tampa, FL 33606.

For additional information on this program, please visit: https://www.thefhm.org/event/ghram-lecture-neighbors-jan-t-gross-showing-film-aftermath-tampa/