Join American Stage for a staged reading of 'Go Down Moses' as a part of the 21st Century New Play Festival.

It’s 1985.  On a liberal college campus, Ethics professor Philip Hoffman and Dean of Students Albert Becker already have a long history. They marched side by side for civil rights, registered voters together during freedom summer, and have maintained a friendship that crosses the boundaries of race, religion and country of birth.

But when a star student from the South Bronx – Angela Carter – crosses the administration and invites a controversial speaker to campus, free speech becomes a battle cry, the KKK makes an unexpected visit, and pacifists find themselves throwing punches.

Each character in GO DOWN, MOSES is changed by these events, as they realize how far there still is to go toward justice. And all are forced to reevaluate their own role in the struggle.  You can’t really be an ally if you can’t see each other – or yourself – clearly. 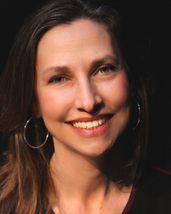